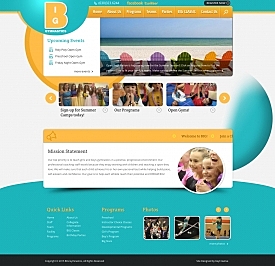 The Balance Institute of Gymnastics opened in September of 2006.  Starting small but strong, BIG (as Balance Institute of Gymnastics came to be known), began with a competitive Women's artistic gymnastics team of only 14 members and the beginnings of a recreational gymnastics program. Two short years later, in 2008, BIG became a large, highly successful gym with an award-winning team of over 75 competitive gymnasts, and a recreational program of over 600 students.

Today, BIG has close to 100 competitive gymnasts as well as a GIJO team of 25 gymnasts. The recreational program has continued to grow to almost 800 students! The BIG gymnastics family is also proud to be a part of the gym which is the home of over 120 State Champions, 5Regional Champions, 6 National Competitors, and 1 National Champion.

With experienced, top-quality coaching, BIG strives to create an environment of excellence, founded on the philosophy of providing the greatest care for the health and happiness of the individual child, while fostering an environment which embraces the entire family.